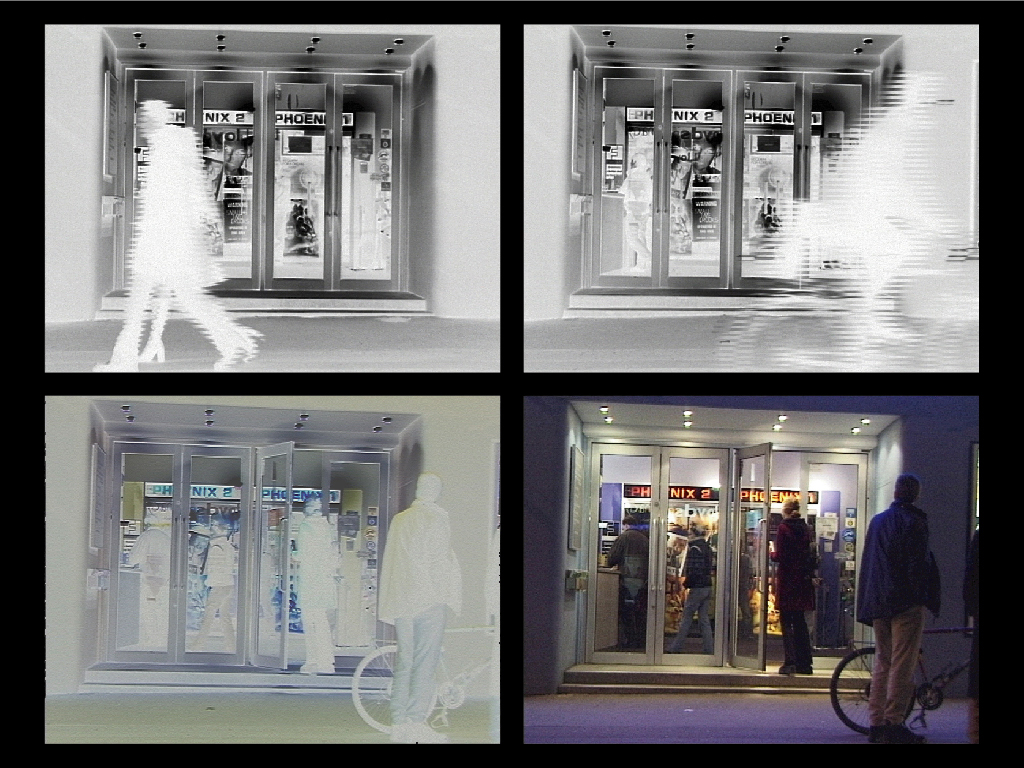 The Film is a 30 minute long documentary which is filmed by a hidden camera in front of the main entrance to an old-fashioned movie theatre. Without interference it depicts life half an hour before an evening screening. Although the ambient sound and natural movement is present, the image itself is black and white negative (“undeveloped”, thus not yet ready for conventional viewing). Only when some of the passers-by try to enter the movie theatre does the picture regain its natural appearance (positive and colour) but at the same time it looses its sound and becomes static. Once the image is frozen we can spend as long a time as we wish to look at it and to interpret what we see.

The video installation “The Film” is an attempt to juxtapose two different ways a film-maker can decide to document a particular occasion. One way is when the natural flow of an event is being recorded live, without intervention. In this case there is no option to interfere in the natural course of things. The alternative is based purely on choice when to stop the image and make it a picture, which may or may not represent the entire scene.

The installation was designed and exhibited as a big scale video projection to replciate the screen – viewer relationship of a conventional movie theatre.