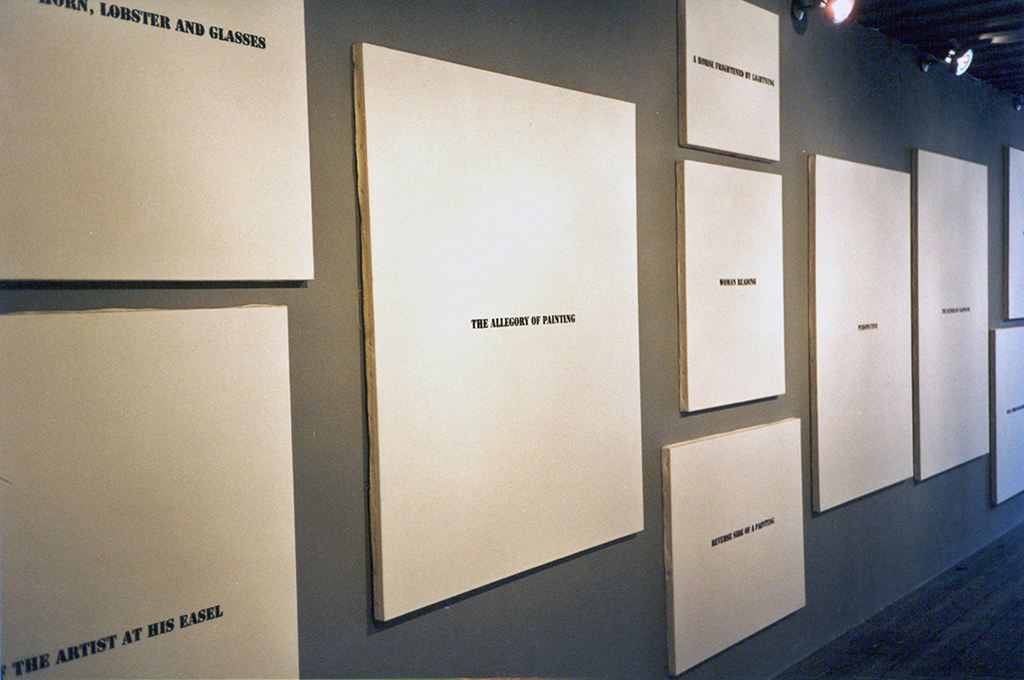 Questioning the static qualities and completeness of an artwork (its iconic qualities) is the subject of this work.

“The Favourite Paintings” is a reflection of the original artworks, well-known from being exhibited for long periods in their traditional museum spaces. Although the artwork in the museum is called an original the artefact itself does not reflect its original state when painted. This is because it does not express all the aspects of the environment and the time period in which it was created nor those which it has aquired since. On it’s own it is incomplete.

All paintings are by Old Masters from 1500 – 1900. Contemporary paintings are not included. The list finishes with Paul Cézanne, whose works may be considered as the beginning of a new era in the history of painting.

The canvas dimensions and title are the fragments which have been chosen for the display.

From the viewer’s perspective: the titles of the works will trigger memories of the archetype, the circumstances in which they were seen in situ and the mood that was created when viewed. On the other hand, if the onlooker has not seen the actual work it could still trigger thoughts about images of the painting they are familiar with or better still stimulate their imagination to fill the gap in their visual memory and a desire to see the original.