This was a fun project we undertook in response to an ad-hoc opportunity related to a passion for cars, in particular race cars, and models of them. The project was to create a diorama, that is a recreation of a scene using scale models.

The history of the Diorama has two legs.[1]

Originally they were widely used by museums to depict important events or moments in time, typically in glass cases. Some early dioramas were full scale and exhibited over several floors of a building. More recently scale model dioramas have been used to represent grand architectural projects to give a 3-dimensional realisation and give context to a proposed plan.

The other leg is the more recent widespread use in the hobby world, either for recreating scenes from the past, such as railway settings, or purely imaginary scenes created either as a solo work or collaborative effort sometimes over many years.

[1] Wikipedia (21/03/21) states that “The current, popular understanding of the term “diorama” denotes a partially three-dimensional, full-size replica or scale model of a landscape typically showing historical events, nature scenes or cityscapes, for purposes of education or entertainment.”

Background to the project

The subject of the project is the car in the photo above, which shows the car as it was at the time it was selected to be the basis of a 1/32nd scale model. Subsequently the actual car was involved in an incident, which is the subject of the diorama.

The actual scene occurred during an historic car race at Thruxton Circuit on Easter weekend in April 2008. As is often the case exactly what happened depends one’s point of view. What is undisputed is that there was a ‘racing incident’ involving the GT40 of Alain Schlesinger and the Lola T70 Spyder of Richard Meins as it tried to overtake which resulted in both hitting the armco barriers beyond the edge of the circuit. A number of pictures were taken at the time, which we were lucky enough to be given copies of.

The GT40 had recently been selected to be the subject of a limited edition model made by Scalextric and comissioned by one of their dealers, Slot City. As an avid collector of GT40 models, of course I had my name down for one of them and through contacts at the National Slotcar Collectors Club (NSCC) I knew the Slot City owner, Carl Schilfer quite well. To celebrate the launch of the model club members were invited to see the actual car in action at Brands Hatch later in 2008. Unfortunately we never got to see that event, due to the accident at Thruxton but, we did catch up later in the year at the Silverstone event after repairs were made.

In the meantime we’d completed the diorama project and the results were later published in the NSCC journal.

The reproduction of the article below gives a bit more detail about the course of events which led to the project and below the article we give more technical details about how we put the diorama together.

The original article from 2009

Last year Slot City commissioned a limited edition GT40 based on the actual car being raced by Alain Schlesinger in the Masters Racing club Modern Historic Racing Series. Having bought #2 of the Limited Edition, Anita and I were all set to go and watch the car perform at Brands Hatch when we heard that it had been ‘stuffed’ at Thruxton. Last year at the NSCC weekend I happened to share a table at breakfast with Carl Schilfer from Slot City and Adrian Norman from Hornby where they were discussing a small number of the commission which had got damaged in transit. Carl had shown me some pictures of the Thruxton crash scene so an idea occurred to me and I twisted Adrian’s arm to let Carl give me one of the returns on the promise I’d use it to recreate the model…

What you see here is a Photo of the actual crash, the model of the crashed GT40 and the photos of a diorama recreating the scene using all Scalextric accessories (OK so the car transporter is Corgi but even that’s kosher now as Hornby own Corgi). The minor difference is that we added to the diorama a Scalextric photographer taking the original photo.

What amazed me, and is testament to the engineering that Hornby put in to the models, was how closely the bodyshell of the model cracked along the same lines as the original.

A further testament is that when we finally got to see the original car at Silverstone last July Anita (whose introduction to classic race cars was via 1/32 scale models) came out with the immortal line – “Wow, it looks as real as the model”.

The main model is a 1/32 Scale C2940 Scalextric Ford GT40, produced in a Limited edition of 1500 cars. The car used was one of a small number of the batch rejected for a minor imperfection and scheduled to be destroyed.

The track, barriers and buildings are all Scalextrixc accessories, the recovery low loader is from Corgi. The figures are also originally Scalextric, however they have been painted and/or dressed to represent the people in the original photo. The grass bank is actually a Subbuteo pitch and the cloudy sky is a conveniently coloured old towel.

Two wide-view photos of the work in progress are shown below bracketing some other photos of the race before and after the incident. 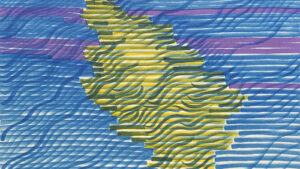 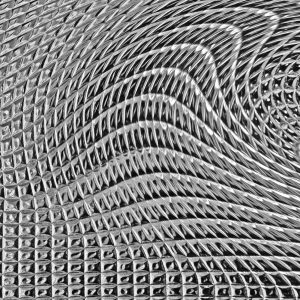 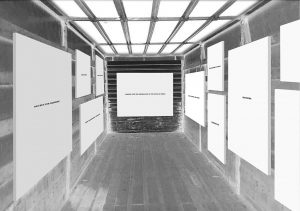 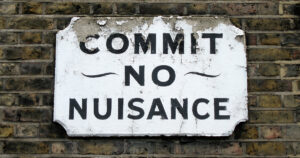